Maps were disabled by the visitor on this site.

For more than 50 years, the Colombian cocoa sector was largely inaccessible to outside companies and investors due to the civil war and illegal drug trafficking. In November 2016, the Colombian government signed a peace treaty with the rebel group FARC, which provided access to the regions of the country affected by the civil war. Cocoa has been repeatedly identified as a crop that can bring stability to many of these regions. The importance of cocoa for a post-war Colombia has led to its name “cultivo para la paz” or “peace fruit”, as it is currently used to replace illegal crops and revitalize many rural communities.

Most of the cocoa is grown on small areas of approximately 2 hectares of agroforestry land, which often includes timber trees, plantains, sugar cane and a variety of fruits. However, the income of most cocoa producers is far below the poverty line, as the average cocoa price of COP 6,000/kg (approx. CHF 1.70) represents an income far below the national minimum wage.

The Pakka Foundation works hand in hand with cocoa farmers to change this. It has launched projects that provide tools and training in organic productivity, quality, sustainability and technology to improve traceability along the entire cocoa value chain. These activities increase yields, raise cocoa premiums and empower farmers through education and networking. The ultimate financial benefit to the farmer is generated through commercial alliances, and that is why the Pakka Foundation has partnered with Equiori, a Colombian fair trade and organic chocolate company, to implement these projects. These farmers’ quality chocolate is found in Colombia and around the world, including in Pakka’s products. 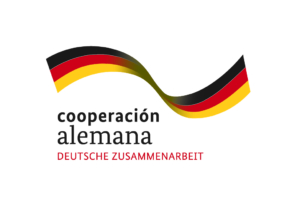